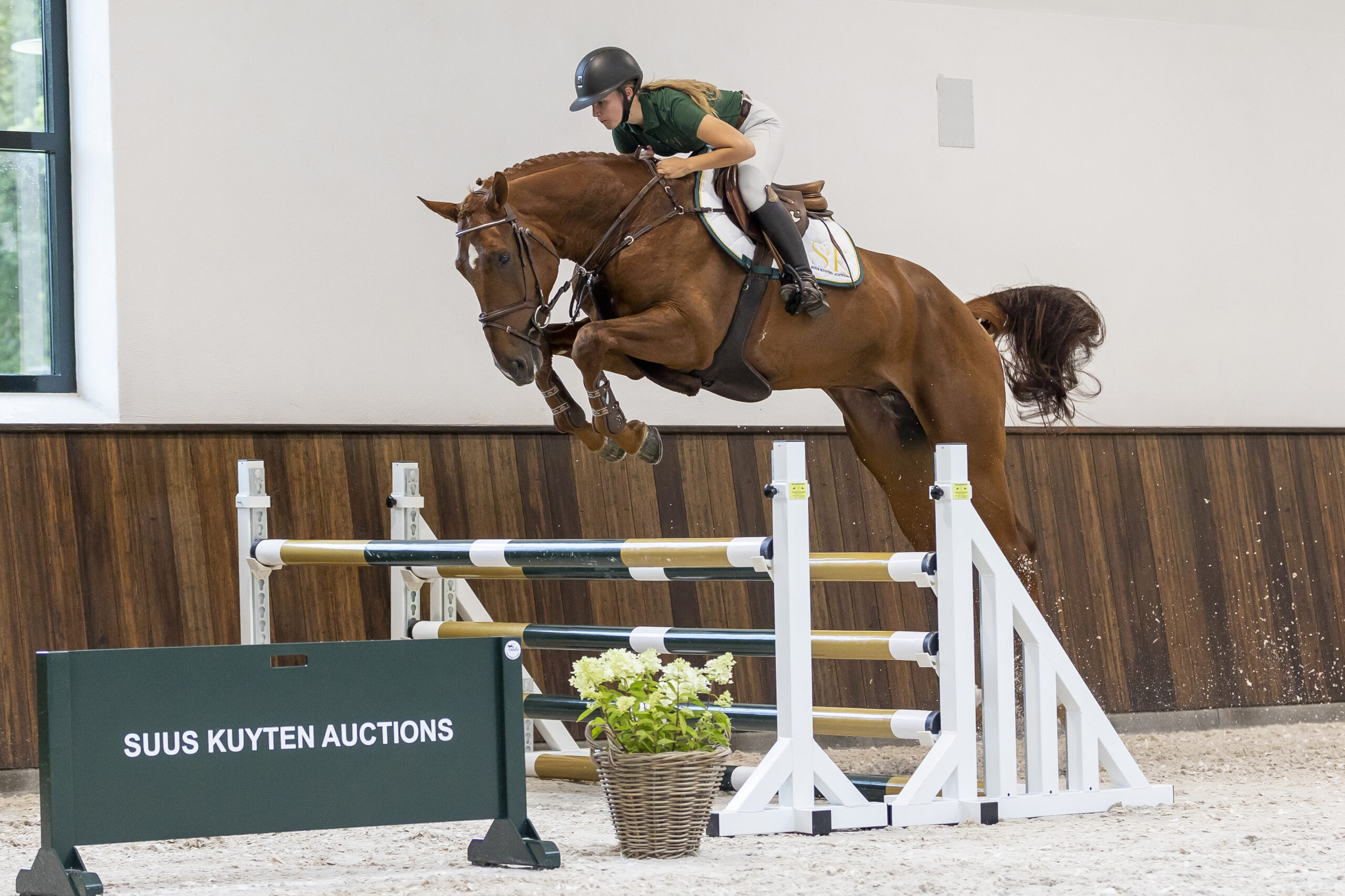 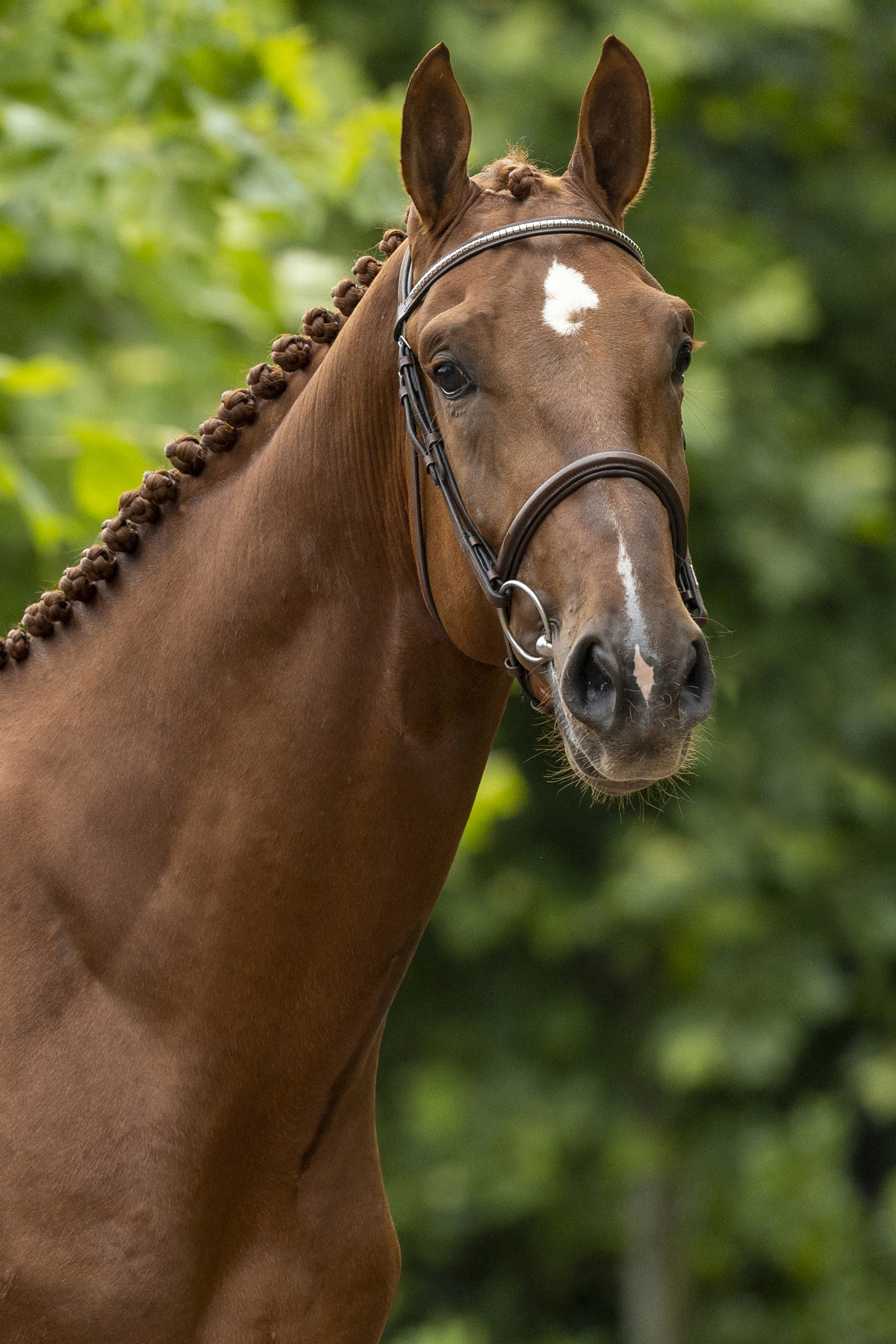 Combine an Olympic champion with the Walnut de Muze damline and you will get something special. The 3-yr-old Bit Coin de Mahn Z is an AES licensed stallion with a lot of scope and balance. A sturdy horse to look at.

Big Star was a sensation under the saddle of Nick Skelton. There is almost no other horse that jumps so explosively. He won team gold for England in the Olympic Games in London and shone in Rio de Janeiro with individual gold. Dam Corinne de Mahn Z (Cornet Obolensky) was bred out of the 1.45m level showjumping mare Carrera de Muze (Darco), who is also dam of Caipiranja (1.60m GP) and J’Adore van het Schaeck (1.60m GP). Great-grandam is the European Championships mare Exquis Walnut de Muze ridden by Harrie Smolders. Walnut, a daughter of the influential 1.60m GP mare Qerly Chin herself, supplied four 1.50m to 1.55m GP horses.